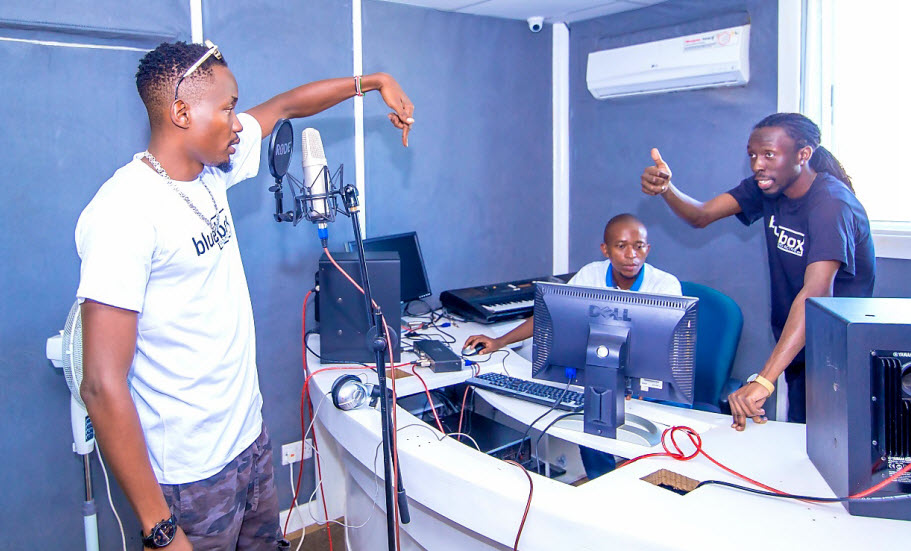 Enoch Naam (Born November 24, 1986),) known professionally as Deejay Bluemoon is a Kenyan DJ, record producer, singer, actor and songwriter based in London, United Kingdom. Although born in Nairobi, Kenya Bluemoon first gained prominence as a club dj and host in the 2000s in Kampala, Uganda Stakeout bar & restaurant and . His approach to the entertainment industry later prompted Dj Darddy to work with him on his live performances.

After gaining some show time credits on his team, Bluemoon then transitioned into curating albums, releasing his debut studio album Kengele Riddim in 2016, which featured artists from four countries ( Jamaica, Kenya, Ghana and Canada.) ”

Deejay Bluemoon was born on November 24, 1986 in Nairobi, Kenya. He was raised in Kenya, attended Njoro Boys High School where she was featured in numerous theatre productions. After graduation, he moved to Kampala, Uganda and enrolled in London Collage of St. Lawrence Schools (2005) and later to Makerere University (2009) where he got certified in Information Technology and Networking, Cisco systems CCNA & CCNP. It was later in 2014 when he officially moved to London, United Kingdom.

CAREER
His career kicked off in 2009 when he met DJ Darddy in Kampala, Uganda. Darddy then introduced him to the industry, meeting up with more players like Ras Clans’ Dj Ras Brown, Dj Mark, Dj Crim, and many more. In 2014 he decided to make it official and he moved back to Kenya to Join the Homeboyz Entertainment's Music Technology Association (MTA) dj school and later in the same year moved to London, United Kingdom.

During his early career, Bluemoon became acquainted with several young artists and helped them before their breakthrough; these include Kitole Kenda, Afrikaan Shabba, Shav A & Ameytuz Jir.

His first production was a joint production with Capital O Music and DancehallMSA 's Vincent Kras from Kenya in 2016 , where he worked with IQ , Rhymie , Junior X all from Jamaica and Dyno Classics from Uganda on "Bluemoon Riddim". The buzz around Bluemoon Riddim led to his next in the same year.